Sales up to 50% off. 2nd markdown : extra 10% off on textile items already on sale! Discover >
Our CellarWhisky Whisky by countryIrelandTeeling Brabazon Bottling Serie 3 70cl 49.5° 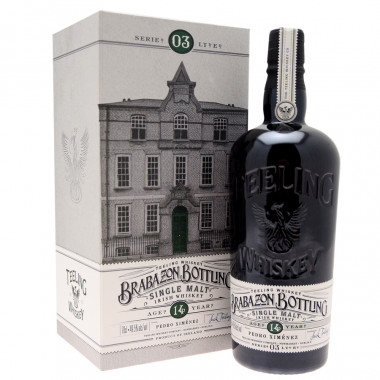 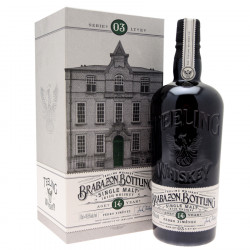 Third edition of Teeling Brabazon Bottling's limited series, it pays tribute to the role of fortified wines in the whisky finish, resulting in a powerful Irish whiskey.

This is the third edition of the limited edition of Teeling Brabazon bottling. This whiskey pays homage to William Brabazon, the third Earl of Meath who presided over Newmarket in the 17th century. The series wants to highlight the unique role of fortified wines in the finishing of whisky.

For this edition, the Teeling team worked with a family from the Jerez region in Spain that has specialized for almost 300 years in the production of Pedro Ximénez wine. Teeling has selected authentic Pedro Ximénez barrels that have been used for 90 years for the aging of his Single Malt distilled in 2005 for three years.