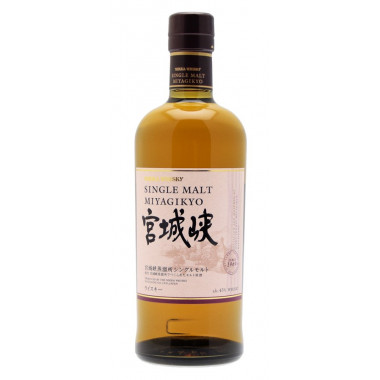 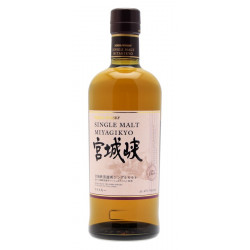 Miyagikyo epitomizes all the style and refined elegance of the distillery. Last release of the classic range, this whisky offers the hallmark, delicate flavours of Miyagikyo.

Miyagikyo epitomizes all the style and refined elegance of the distillery. Last release of the classic range, this whisky offers the hallmark, delicate flavours of Miyagikyo. Sweet and charming with a supple floral body, Miyagikyo has been aged in Sherry casks. The nose evokes notes of malted barley and sweet spices, with a chocolatey syrup sprinkled with cocoa powder.

The Miyagikyo distillery from the Nikka group is located in the Miyagi valley, north of Honshu island, known for the purity of the atmosphere and the exceptional spring water quality.

Nose: light and fresh, a bouqet of flowers and fruits with a hint of spices.