Sales up to 50% off. I take advantage >
Our CellarWhisky Whisky by countryScotlandGreen label 15 ans Box + 2 Glasses 70cl 43° 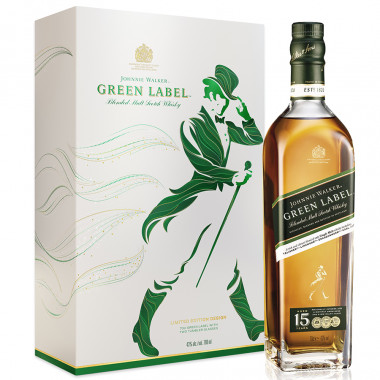 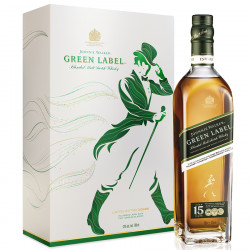 With this tasting box consisting of a bottle of 15-year-old Green Label whisky and two glasses, discover a classic from Johnnie Walker.

Green Label is a blend of 12 Scottish Single Malts of 15 years of age. Green Label has a unique taste of smoke and spice and takes us through Scottish regions with a blend of Speyside, Islay and Isle of Skye whisky.

This luxurious blend is presented in a box for a beautiful gift.

The brand Johnnie Walker, known under the name Walker's Kilmarnock Whisky, was created when John "Johnnie" Walker started selling whisky in his grocery of Ayrshire in Scotland.

It started growing after his creator's death in 1857, thanks to his son Alexander Walker and his grand-son Alexander Walker the second. The square bottles with side labels, specific to Johnnie Walker brand were introduced in 1870. The shape of a man walking big steps where in 1908 influenced by James Stevenson at the same time as the slogan "Born 1820 - Still going Strong!". Known worldwide, this blended scotch appears pretty often on cinema, TV shows and music videos.

Nose: smoky malt and nutmeg, with honey in the background.

Finish: it finishes on floral and herbal notes.