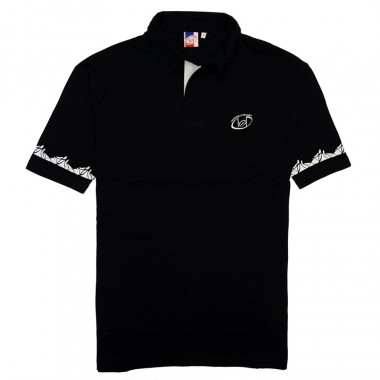 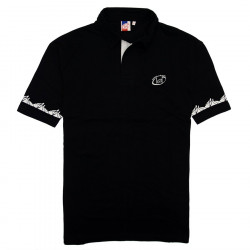 A light short sleeve polo, colour black, easy to wear, all year round!

A short sleeve polo, light, pleasant to wear. With its black colour, this polo is timeless and can be worn all year round.

On the sleeves, nice white prints. On the chest, a small "Nations of Rugby" embroidery and a bigger print on the back "New Zealand". A button tab on the collar with a white contrast.