Rooibos is a unique plant that is becoming more and more popular. In 2017, the consumption of Rooibos on the French market has been multiplied by four. But what makes it original?

The infusion of Rooibos reveals a very nice hot drink without theine. It is therefore possible to drink this red tea in the evening, without risk of insomnia. Also known as "red bush" or "miracle tea", Rooibos is only grown in South Africa.

Le Comptoir Irlandais offers you, in this article, to know more about this tea which generates enthusiasm.

The little story of Rooibos

Rooibos, otherwise known as Aspalathus linearis, is a shrub of the fabaceae family. It is also sometimes called red bush, because of its reddish colour. It grows exclusively in South Africa in the Cederberg Mountains, located north of Cape Town. Rooibos cultivation trials have been undertaken in countries with similar climates but without any real success. The shrub needs a very specific climate and soil to grow.

Its leaves are rather thin and needle-shaped.

The harvest of Rooibos is from January to March (summer season in South Africa). The whole bush is harvested by hand. A plant can produce leaves for up to 10 years.

This is a special harvest since it is carried out under high temperatures, between 40 and 45 degrees, during the day. The rollers then intervene to release the essential oils and begin the fermentation phase. The leaves are then spread out to a thickness of about 50 cm and are sprayed with water. This is when the plant will reveal its red colour and unique taste. This fermentation phase also allows Rooibos to increase its quercetol (antioxidant) content. The Rooibos is then exposed to the sun to dry and sieved to remove all impurities.

Testimony proves that more than 300 years ago, native populations in the mountains of northern South Africa harvested the upper parts of wild Rooibos. They fermented them to produce an infusion of a reddish color with a sweet and fruity taste. When consumed hot or cold, this drink is now considered the national drink of South Africa. It was only in the early 1930s that Rooibos began to be grown for commercial purposes. South Africa now produces several thousand tons a year, nearly half of which is exported to Europe, East Asia and North America.

Rooibos is mainly known for its use in herbal tea obtained by infusing fine pieces of its leaves after fermentation. The infusion of Rooibos can be drunk hot or cold, with or without milk, like an ordinary tea.

In South Africa, this drink is usually drunk with milk and sugar. Its flavour is rather sweet. The preparation of Rooibos is similar to other infusions. It must be infused for 7 to 10 minutes in boiling water. The brew then gradually turns to red-brown, hence its name of red tea.

It can be drunk naturally but is often associated with fruity (orange, apple, red berries, bergamot...) or spicy aromas (ginger, cinnamon...).

The recent interest for Rooibos consumption is due to its lack of caffeine and theine and its composition including antioxidant substances in relatively large quantities. It is also low in tannins, substances that can give a bitter taste.

In the 1960s, a South African woman is said to have discovered the virtues of Rooibos to relieve colic of her baby. A few years later, she published a book about the benefits of infusion to treat skin allergies "Allergies: An Amazing Discovery". Subsequently, she patented an extract of Rooibos used today for the preparation of various cosmetic products and in connection with health.

The Rooibos plant is studied by the Technological University of Cape Town. Jeanine Marenewick, a university professor, studies the plant to discover its benefits. Rooibos would increase the antioxidant capacity of the body and promote the reduction of fat and lipid levels. Theoretically, its content of antioxidant substances could justify its topical use to relieve skin conditions such as eczema. What is sure, however, is that Rooibos is rich in mineral salts and trace elements: copper, calcium, magnesium, potassium, sodium, zinc and also a little iron.

Nowadays, no clinical trials have been carried out to evaluate the efficacy of Rooibos against digestive disorders or insomnia. However, its softer side is less aggressive for the digestive tract than tea or coffee. In addition, the absence of caffeine allows the Rooibos not to interfere with sleep as could other plants such as tea or mate.

Rooibos is conquering the world

The Rooibos market has been developing since the end of apartheid (1994), especially internationally. Its production increased from 4,500 tonnes in 1998 at the national level to 9,500 tonnes in 2005.

Rooibos remains traditionally cultivated by native black populations of South Africa but these have not always benefited from the development of its consumption. Since the mid-1990s, some Black and Metis communities have started to commercialise their productions. The Rooibos of South Africa is conquering the world, especially in Europe, including France, which saw its market quadrupled last year.

Le Comptoir Irlandais offers a range of this red tea, with Dammann Frères and The Tea.

For more information on this plant, discover the report broadcast on the TF1 TV news on 07/08/2018: 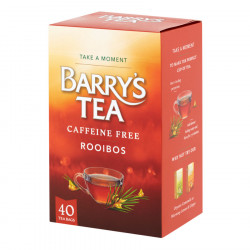 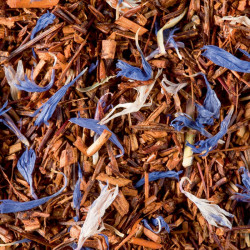 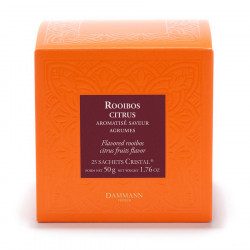 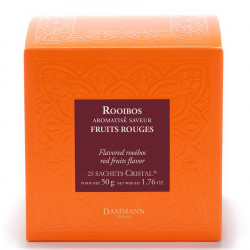