It is not the biggest distillery in Scotland, but its name is probably one of the best known, leaving no doubt to the ear and palate of the maltophiles. Elevated to the rank of "grand cru", Lagavulin succeeds with its 16 years of age to be one of the references to learn peat, and to be at the same time very popular with amateurs informed for its more advanced editions.

Located on the banks of Kildalton, the south coast of Islay, Lagavulin unfolds before the element that has shaped its character: the Atlantic Ocean. The distillery and its neighbours Ardbeg, Laphroaig and Port Ellen form the golden triangle of peat. Laphroaig is known for its peat smoke, dry, medicinal. Ardbeg develops rather on a more oily, earthy and fruity peat. Finally, Port Ellen and Lagavulin are very marked by the marine environment, with a frank peat, fresh, balanced and oily.  It’s been more than 200 years that this little stretch of coast unleashes the passions of malt lovers! What about Port Ellen and Ardbeg for example?

Lagavulin was founded precisely in 1816. After having several owners, she notably made the great era of the legendary Blend White Horse. Today it is the world leader in spirits Diageo. These large groups through time have allowed the contribution of consistent and regular means that make Lagavulin today, not a large distillery, but a distillery that has been able to keep its character and bring it consistency, of regularity, decades after decades.
Lagavulin bottlings remain traditional in distillation and ageing methods. Its peated barley comes from Port Ellen malting. Its stills in the shape of tapered pears and slow distillation allow to shape an oily distillate, fine and where peat can fully express itself. Since the distillery is almost on the beach, the 200-year-old buildings are as if impregnated by the marine environment, and even the distillate coming out of distillation already has this iodine touch. The barrels used are not original, the aim is to maintain this fine, oily and precise character without making the wood speak :  Bourbon barrel, Hogshead reusi and Sherry barrels…. Then time does the rest under the watchful eye of the cellar master.

4 expressions to discover or rediscover Lagavulin

Classic by the classics! One of the pillars of the market today, the one by which many of us have discovered whisky and peat. When it was introduced in the 1980s, it was considered the most extreme whisky on the market, at the time the tastes of the consumers were rather oriented towards more floral and light whiskies like Glenkinchie or Dalwhinnie. The 16 years old Lagavulin is known today by all, a frank and round peat, balanced, almost silky! The clichés suggest that peated whisky = powerful whisky. This Lagavulin 16 years old is proof that not.

Every year Lagavulin (and malts classics like Talisker or Cragganmore) release a different expression, based on their classic expression. At Lagavulin the Distiller’s Edition is a 16-year-old whisky, aged for the last months in a Sherry cask by Pedro Ximenez. The Lagavulin peat is revisited in a more fruity, spicy, chocolaty light… a pure delight not to be denied.

Much more direct than his older brother the 16 years, this one was introduced in 2016 for the 200 years of the distillery. Almost a century ago, at the time when Single Malts were rare, the rumor was that a small distillery in the south of Islay was producing young malts of a high quality! Lagavulin is one of those rare whisky that express itself superbly in youth. At this age and aged in reused barrels, the spirit is natural, explosive, on a precise and sharp peat, frankly iodized. A small nugget…

The highlight of the show. The perfect Islay! The 12 YO is an expression that comes out every year, with a few thousand bottles. Each vintage, in small quantities, is expressed in a slightly different way than the others. The Lagavulin identity is the red thread, and each expression is a giant of the «Islay» style. Peat is natural, direct, without filters, strong... and at the same time full of citrus, green tea, finely oily, precise, fresh, full of sea spray and iodine notes. The intensity is huge, vibrant, sharp and always this fine texture and this precise aromatic development like a razor blade. Laga’s definition of know-how and class… A must have in the cellar of any peat fan!

And I’ll give you a hint: the legend says that the Lagavulin 12 CS is the closest to the character of Port Ellen at the great time… Enjoy!

And to go further

Discover other legendary distilleries through the story of our whisky expert at the heart of the distilleries The Balvenie, Glendronach and Bruichladdich. 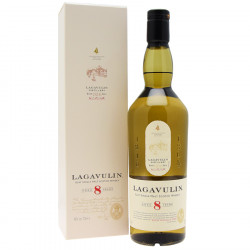 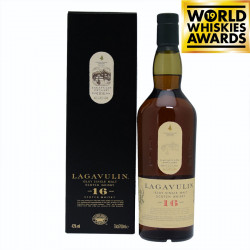 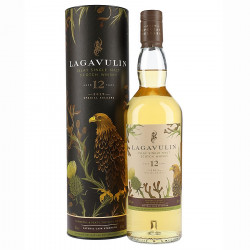