Barbour is a British company founded in 1894 in South Shields, by John Barbour.

The company designs, manufactures and markets weatherproof outerwear, ready-to-wear, leather goods, shoes and accessories for men, women and children under the Barbour brand.

The origins of Barbour

At the origin, John Barbour, wished to create robust, waterproof wear, adapted to rough weather, for the workers’ communities of North-Eastern Scotland.

Waxed cotton was then a true revolution, in comparison to the stiff cotton jackets that docker workers and fishermen used to waterproof with tar and fish grease. This new material enabled to craft jackets of better quality, much more comfortable and easy to wear and altogether weatherproof.

Barbour has always been a family story and a family business, faithful to its exceptional knowledge and popular amongst royal personalities and media celebs. Until today, Barbour jackets are handmade in the Simonside workshops of South Shields, and more than 100 000 jackets are produced each year.

Each Barbour jacket feature a brass ring on the front zip, a stormfly flap with snap buttons, two bellowed pockets, two handwarmer pockets lined with moleskine and the traditional velvet collar with snap buttons for an additional hood.

The Barbour jacket is made by hand. A Bedale jacket includes 160 pieces, including 49 pieces of fabric, 103 seams and finishes and eight packaging elements. It takes 36 people to make each jacket in the Barbour manufacturing workshops. Regularly waxed, a Barbour jacket has an exceptional lifespan.

Today, it's still a family business that has been going on for five generations, led by Margaret Barbour and her daughter Helen Barbour, Vice President.

This competition has existed since 1913 and has notably crossed the two World Wars. Almost all British trials teams (motorcycle racing on rough grounds) were wearing Barbour International motorcycle jackets until 1977, giving it all the legitimacy of its Vintage character today.

The year 1964 saw the reputation and expertise of Barbour International grow when the English brand became the official equipment supplier of the US motorcycle team which included such great stars as Steve McQueen or the stuntman Bud Ekins. 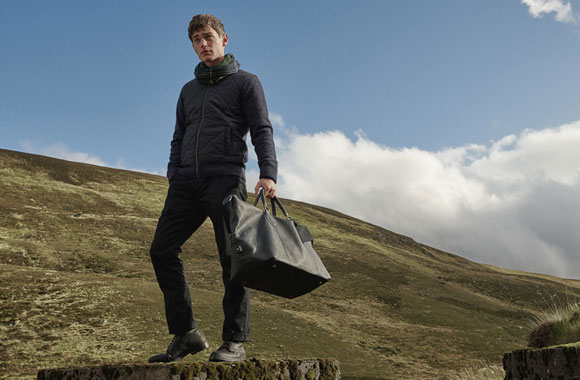 Barbour, the reference of celebrities

Barbour has always been appreciated by the Queen Elizabeth II, the Royal Family and lately Kate Middleton. The queen usually wears a Barbour oiled cotton jacket for long walks in the English countryside.

Barbour is the only brand to own three Royal Warrants. These labels indicate that the company provides a royal court, it is thus put forward and enjoys a certain prestige. Barbour has been providing the court of the Duke of Edinburgh since 1974, the Queen Elizabeth II Court since 1982 and the Prince of Wales Court since 1987.

English TV host and model Alexa Chung has also created a capsule collection with Barbour for the automne-winter 2019 collection. The Barbour collection by Alexa Chung is made up of jackets, bags and hats in the traditional spirit of Barbour with the touch of originality of the famous fashion icon.

Sam Heughan, known as Jamie Fraser in the television series Outlander, has been Barbour's brand ambassador for a few years. The Scottish actor has also created his capsule collection.

The famous Barbour jackets are also appearing in several series broadcast worldwide. The series "The Crown" available on Netflix traces the political rivalries, intrigues and events that marked the reign of Queen Elizabeth II and the second half of the 20th century. It is therefore natural that the production chose to dress the main people in Barbour jackets for many scenes. And more recently in January 2021 in the series "Lupin", we see the main actor played by Omar Sy wearing the classic Beaufort jacket.

Barbour International has won for the third consecutive year the Drapers Award of the "Mainstream" brand for the year 2018.
The Drapers Awards are the awards that recognise the most successful and innovative fashion companies of the year.
On November 28, 2018 in London, it was against Joules, Izobel London, Scotch & Soda and Selected that Barbour International won the award for the most "Mainstream" brand of the year.
Barbour is recognised for its ability to transform into a multi-category brand with well-defined commercial offerings, top-of-the-line products, impeccable quality and impressive year-over-year growth. This result is born from the meeting of the authenticity of the brand and the innovative work that Barbour brings to each of its collections.

Jackets, but not only!

Barbour is mainly known for its oiled cotton jackets but the house also develops other clothes. Indeed, Barbour offers shirts, sweaters and accessories such as hats, bags, gloves ... 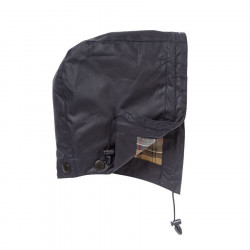 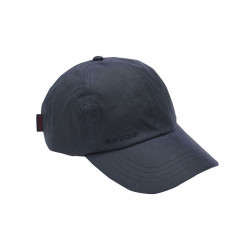 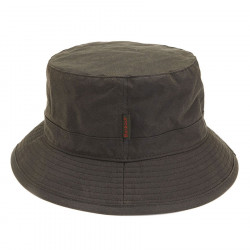 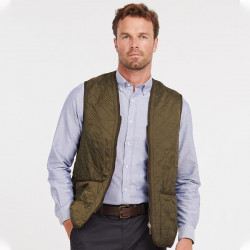 A versatile and warm lining to zip on Beaufort & Bedale jackets or worn as a waistcoat.
Vests & Cardigans
Barbour Olive Zip-in Fleece Lining
135,00 € 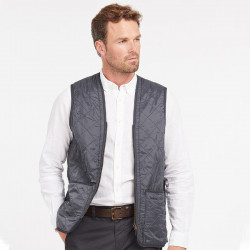 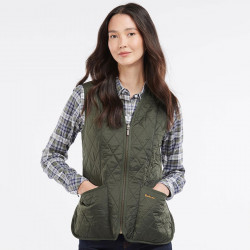 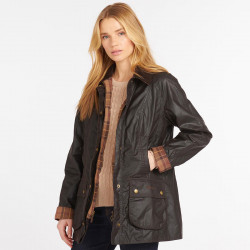 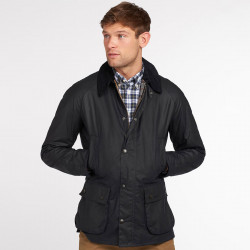 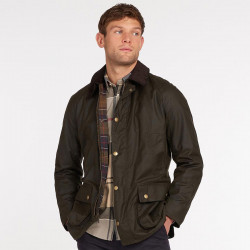 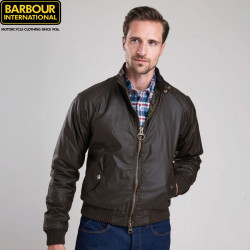 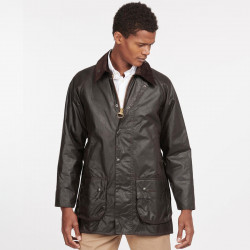 Best pick Warn by Helen Mirren in the movie "The Queen", this Beaufort cotton waxed has a rustic and elegant style.
Jackets
Barbour Beaufort Rustic Jacket
425,00 € 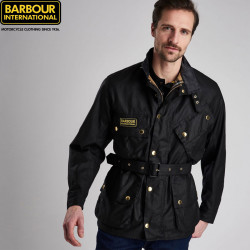 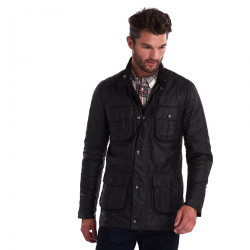