Pimm's N ° 1 liqueur is very popular in the UK and can be enjoyed at the aperitif, cocktail parties, garden parties and barbecues.

Discover the best ways to enjoy this drink.

The origins of Pimm's

The liquor was created by James Pimm, son of farmers. He grew up in Newnham, Kent, England. It was during his studies in Edinburgh in Scotland that he devoted himself to theology. James moved to London where he established himself and opened his first oyster bar in 1823, located opposite Buckingham Palace. Members of The Royal Family were then regular customers.

James Pimm came up with the idea of serving this liqueur of gin to help his customers digest the shellfish served in its oyster bar.

Pimm's No. 1 liquor is made from gin and plants and has a 25° alcohol content.

After starting an artisanal production in 1823, his success encouraged him to produce this liquor on a commercial scale for other bars in 1851.

At the beginning of the 20th century, there were 6 different Pimm's recipes. Pimm's N ° 1, based on gin, is undoubtedly the most popular, and will eventually dodge other numbers containing whisky, brandy, rum or vodka.

This cocktail was traditionally served at horse races in England like Ascot and also at the Wimbledon tournament. Pimm's is still a typical British and summer institution today. This cocktail is most often served in large jugs to share: the Pimm's Cup.

To lengthen Pimm's, the classic English recipe offers lemonade, but is easily modifiable.

Add a dash of gin to the cocktail, 1cl is enough to strengthen it.

To change its taste you can also put 1cl of cognac, armagnac or whisky instead.

Cut all the fruits into pieces.

In a large pitcher, mix the fruit with Pimm's, lemonade and mint.

Place in the refrigerator for 1 or 2 hours, until the fruits macerate.

>> Find our sodas to accompany Pimm's 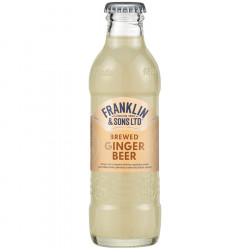 Best pick Sweet and malty, this drink is very balanced by the mixture of ginger and the freshness of the lemon.
Drinks & tonics
Franklin & Sons Ginger Beer 200ml
1,80 € 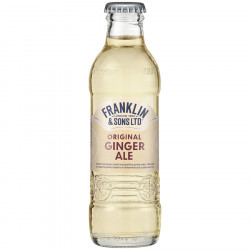 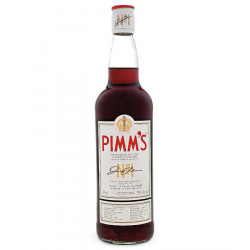 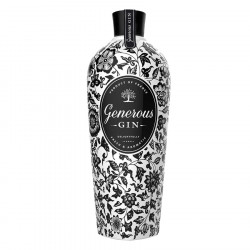 Generous Gin has been bottled in France, it is tender and aromatic.
Gins
Generous Gin 70cl 44°
42,00 €
News and offers from the Comptoir Irlandais
Follow us
Legal Notices
Copyright © 1998 - 2022 - Le Comptoir Irlandais - comptoir-irlandais.com - All rights reserved.
DRINK RESPONSIBLE. ALCOHOL CONSUMPTION IS STRONGLY NOT ADVISED FOR PREGNANT WOMEN. THE SALE OF ALCOHOL IS PROHIBITED TO MINORS.
FOR YOUR HEALTH, PRACTICE REGULAR PHYSICAL ACTIVITY.
responsibledrinking.eu