Like the French with their mulled wine and the Antilleans with their Christmas rum punch, the Irish have a long-standing winter drink in the Irish traditions that mark the spirit of Christmas.

The spicy punch with Irish hot whiskey is usually consumed during the coldest months of the year in Ireland. Made with whiskey, lemon, cloves, a cinnamon stick, a little honey or a pinch of brown sugar, this very Irish grog is a seasonal drink for the holiday season. Spices and cloves are often associated with the Christmas spirit.

Very simple and quick to prepare, this winter drink is very sweet and is generally appreciated with its lemon honey and spice flavours, even by non-whiskey drinkers.

Make your own Irish Christmas punch with the recipe below:

- 1 teaspoon of honey or a pinch of brown sugar

You can put lemon, cloves and cinnamon at your convenience. It is also possible to place other spices or ingredients according to your imagination ...

Several whiskeys can be used to prepare Irish Christmas punch. Bushmills with its "Original" version lends itself particularly well to exercise with its rich notes of fruit, honey and vanilla. Rosie Schapp of The New York Times also recommends hot whiskey made from Irish whiskey Paddy "for its unusual fruity and spicy flavour". Powers, most consumed whiskey in Ireland, is also a sure bet with its ample Gold Label, dominated by cereal with honey and spice flavours.

1 / Pour hot water into your cup

2 / Add honey (or sugar) and stir to dissolve

3 / Pour the dose of whiskey 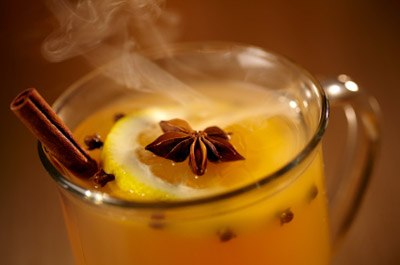