Sales | Up to 50% off! >
Our CellarWhisky Whisky by countryIrelandPowers Gold Label 70cl 43.2° 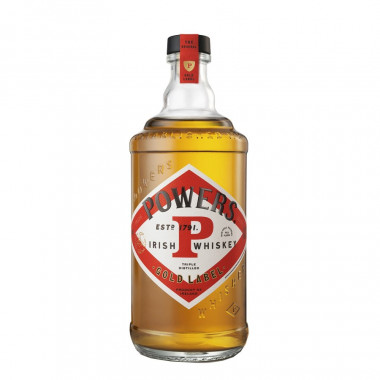 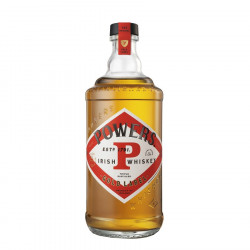 Recognized for the quality of its barley and selected water, the Gold Label, one of the most consumed whiskey in Ireland, comes out in a new version titled at 43.2° instead of 40°.

This change in alcohol volume lifts up the distinctive taste of Powers' Pot Still distillation and ranks this bottle as a Super Premium Irish Whiskey.

Bill Leighton, Master Blender at Powers, explains: "this change from 40° to 43.2° intensifies the spicy character, lowers the taste of cereal grains and highlights Powers very style. Indeed, we believe in aromas brought by distillation rather than those emerging from cask maturation."

The triple distillation as well as an aging of 7 years in Bourbon barrels of first and second fill brings to the Gold Label complexity, finesse and roundness.