This summer, enjoy the Aperotime with our selection. Learn more >
Our CellarArchivesBowmore Black Rock 1L 40° 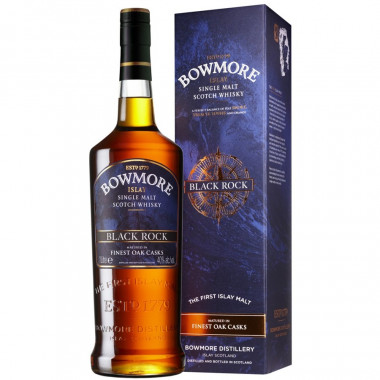 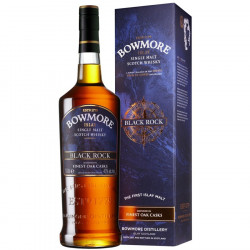 Bowmore's Black Rock Single Malt pays a tribute to Loch Indaal, a cove where the distillery's village is sited.

Bowmore's Black Rock Single Malt pays a tribute to Loch Indaal, a cove where the distillery's village is sited.

It is a stunning Single Malt, mainly refined in Sherry casks with a perfect balance between iodine, peat smoke, caramelised notes of molasses and fruity aromas of orange, dried raisins and chocolate.

Finish: the peat smoke is perfectly contrasted with the iodized, marine notes.