Black Friday up to 50% off! Discover >
Our CellarArchivesFuller's Imperial Stout 50cl 10.7° 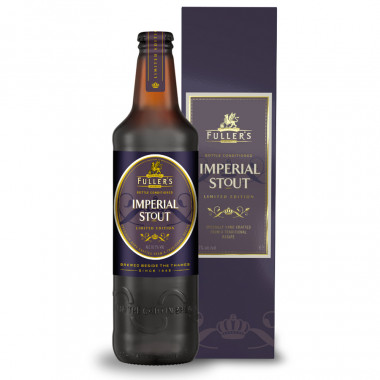 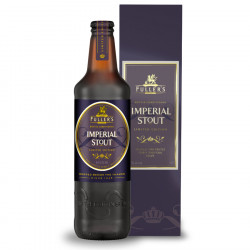 The Imperial Stout limited edition became one of the favourite of the Russian royal court.

Brewed in the traditional style that became a favourite of the Russian royal court, this Imperial Stout has been specially created as a limited edition. In a unique addition to the histroric recipe, the floral character of the centennial hops is enhanced by the inclusion of rose buds, lending a hint of Turkish Delight flavour to the beer.

This Imperial Stout has a rich, dark appearance with strong chocolate and deep cherry notes which led to a lighter, bitter finish.

This beer is bottle conditioned and will therefor form a natural sediment, so pour carefully and enjoy this uniquely crafted beer from Fuller's.