Sales up to 50% off. 2nd markdown : extra 10% off on textile items already on sale! Discover >
Our CellarArchivesFuller's Imperial IPA 50cl 10.5° 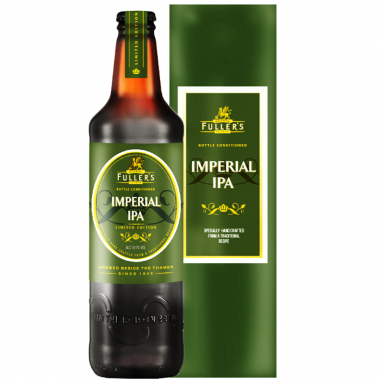 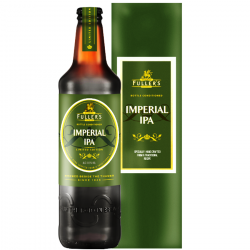 The Imperial IPA Fuller's contains a high proportion of crystal malt and hops.

Made popular by the craft brewers of America, Imperial IPA is a revived style of beer that pushes the boundaries of well-hopped, high-strentgh ales.

Imperial IPA's are traditionally brewed with a high proportion of crystal malt. Fuller's unique take sees UK hop varieties Target, Goldings and Fuggles added to the copper at multiple points during the brew, delivering a piney, earthy aroma and a distinct edge of bitterness. A hint of black pepper is also added - giving the beer a unique spicy twist.

Bottle conditioned to develop over time, this Imperial IPA will form a natural sediment in the bottle.