Tom Joule | A free scarf for any purchase of 80€ or more >
Our CellarWhisky Whisky by countryIrelandWaterford CountyWaterford Arcadian Serie Organic Gaia Ed. 1.1 70cl 50° 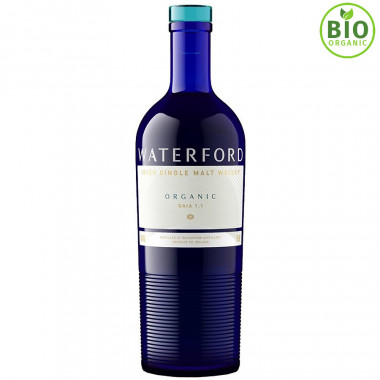 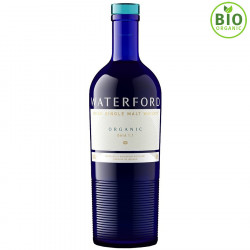 The first Waterford Single Malt made 100% with Irish barley from organic farming, this Organic Gaia Edition 1.1 version is truly delicious.

The first Single Malt from the Irish Waterford distillery made 100% with Irish barley from organic farming, this Organic Gaia Edition 1.1 version is very indulgent by placing malt at the heart of the tasting.

Malted barley goes so far as to take on rustic tones that particularly highlight the work of the 7 farmers, on 6 different soils, who gave birth to it.

This version is the result of a blend of first-fill Bourbon barrels (42%), American new oak barrels (17%), French oak barrels (23%) and barrels that contained a natural sweet wine (18 %).

Palate: ample, rich with vanilla and herbaceous notes. Malted barley takes over the mid-palate with notes of green licorice, fresh walnuts and orange blossom. Both firm and creamy, the aftertaste is finely cocoa and gourmet (baked apple, candied pear).

Overall: long, silky. The start of the finish is rustic, malty and herbaceous (chamomile, sage, savory). Finely tannic, its mouth feel oscillates between invigorating bitterness (gentian) and fruity sweetness (grape pulp and yellow plum). Perfect synthesis of the nose and the mouth, the retro-olfaction changes from distillate to malted barley and from malted barley to fruits.