Sales up to 50% off. 2nd markdown : extra 10% off on textile items already on sale! Discover >
Our CellarArchivesConnemara Turf Mor 70cl 46° 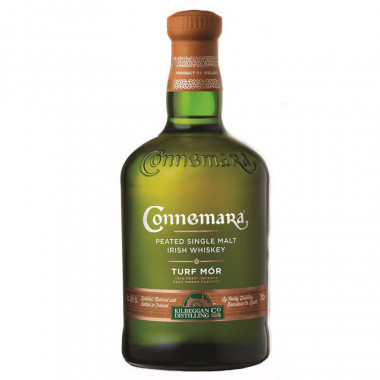 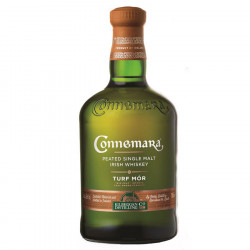 Connemara Turf Mor is an peated Irish whiskey that is distilled twice.

Kilbeggan distilleries are the only ones in Ireland to produce peated whiskey distilled twice, which is normally the typical attributes of Scotch whiskeys.

The peated whiskey of Connemara is produced in different variants, here it is the Turf Mór, translated literally by large turf. It is peated and cask strength which is quite rare.

Connemara Turf Mor is a light, supple and heavily peated whiskey. It is the only peated Irish Single Malt to be distilled twice.

It is produced in very small quantities at 20,000 bottles, which makes it difficult to find.