Sorry, your thread has been archived, this is a new chat
Our CellarArchivesBalvenie Tun 1509 Batch n°6 70cl 50,4° 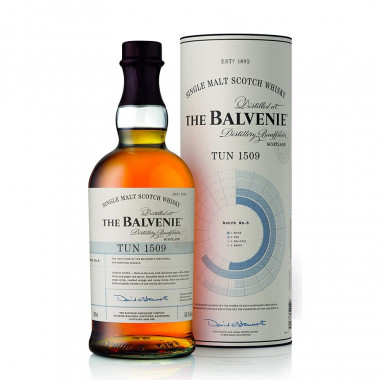 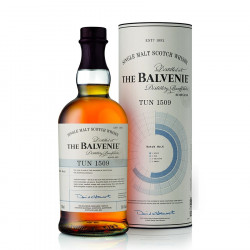 Selected by Cellar Master David Stewart, this expression of Balvenie results from the assembly of 21 refined barrels in Tun n°1509 for this 6th batch.

The Batch n°6 of the Tun 1509 series from Balvenie is an exceptional Single Malt.

Carefully selected by the Cellar Master David Stewart, this expression is the result of the blending of 21 whisky barrels aged at least 21 years and refined for several months in the famous Tun n°1509. These 21 barrels include refill Sherry butts, Bourbon barrels and Double Wood refill Sherry butts.

During the tasting, it reveals an elegant aromatic palette around sweet notes of vanilla, candied orange, honey, maple syrup and caramel with a touch of spice to warm up the whole.

Finish: sweet and malty, there is vanilla and spices.