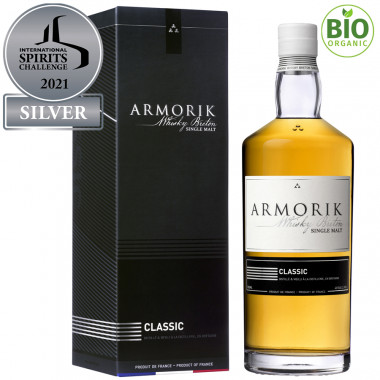 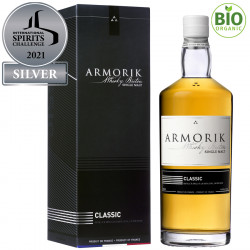 This gourmet version is unfiltered cold and matured in bourbon and sherry barrels. This Single Malt is fruity with ripe apple and a touch of anise stale. This whisky let you discover notes of dried fruits and cereals.

Palate: the palate is fruity and complex. We discover all the richness of the whisky with iodized and spicy notes of ripe apples, cereals, dried fruits and a touch of star anise.

Finish: long and iodized with hints of spice and ripe fruit.