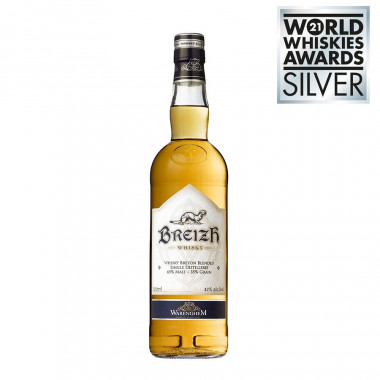 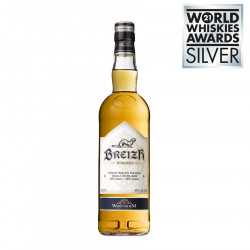 Single Malt with typically Breton notes, aged in traditional oak barrels, it was voted Best French Blend at the Worlds Whiskeys Awards in 2019..

With 35% grain and 65% malt, the Armorik Breizh presents a double distillation in copper stills, it was then aged in traditional oak barrels.

The particular climate of Brittany sublimates everything, it is elected best French Blend at the World Whiskeys Awards in 2019.

It is bottled at 42 °, this Single Malt will delight lovers of French whiskey.