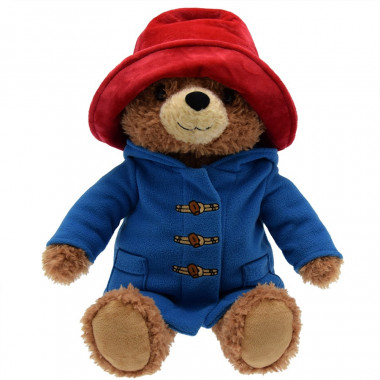 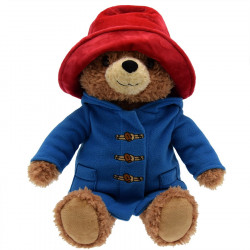 Big stuffed bear of the famous character Paddington, hero of books and films.

Paddington Bear was created by the author Michael Bond whose book "A Bear Named Paddington", published in 1959, was a great success which has continued.

Impossible to resist this great soft stuffed toy of this famous bear!

Machine washable. Suitable for children from birth. The coat can be removed and put back on with a scratch.