Black Friday up to 50% off! Discover >
Our CellarWhisky Whisky by countryIrelandJameson Caskmates Stout Edition 70cl 40° 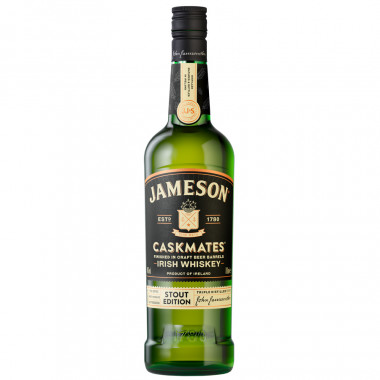 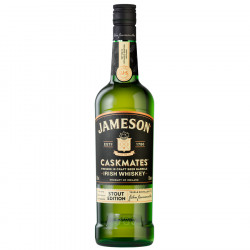 Resulting from the collaboration of Jameson's Master Distiller and Franciscan Well Brewery's Master Brewer, from Cork, Jameson Caskmates Stout Edition is a modern whiskey that arouses the curiosity.

In order to bring this new expression to life, the distillery finished this version of Jameson Irish Whiskey in ex-whiskey casks drenched with stout beer. The result of this special edition is a mellow whiskey with rich flavours of coffee, chocolate and caramel, typical of dark beers.