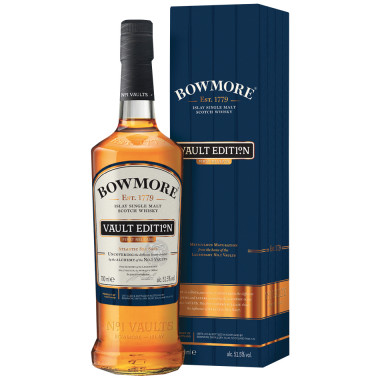 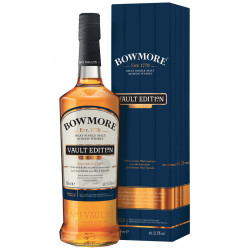 This Bowmore is part of a series of four Single Malts from the Vault Edition range, it has a maritime profile.

This Bowmore is part of a Vault Edition range launched in 2016 from which 4 Single Malts are produced, each with one of the major characteristics of the distillery.

This edition has a maritime profile marked by smoky and fruity notes typical of the distillery.

Nose: The zest of sun-ripened fruits washed down with sea.

Nose: the zest of sun-ripened fruits washed down with sea.