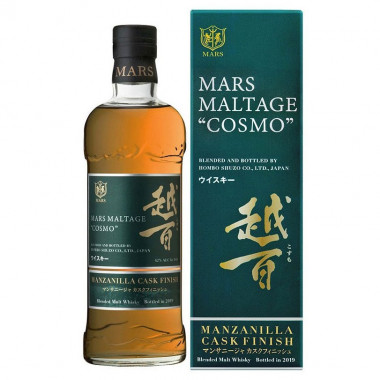 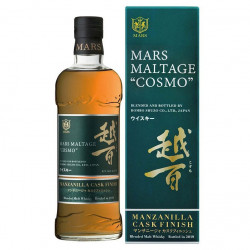 This limited edition bottling is a refined version in ex-sherry Manzanilla casks of the Blended Malt Mars Cosmo.

This limited edition bottling is a refined version in ex-Sherry Manzanilla casks of the Blended Malt Mars Cosmo.

It is marked by a nice sweetness with rich aromas brought by the aging in ex-sherry casks Manzanilla: dried fruits, brown sugar, coconut, chocolate with a slight bitterness.

Palate: the fruits mix with chocolate with a slight note of bitterness.

Finish: long with a slight bitterness that persists.