Sorry, your thread has been archived, this is a new chat
Our CellarRum CellarTypes of rumOld RumHampden 8 years old 70cl 46° 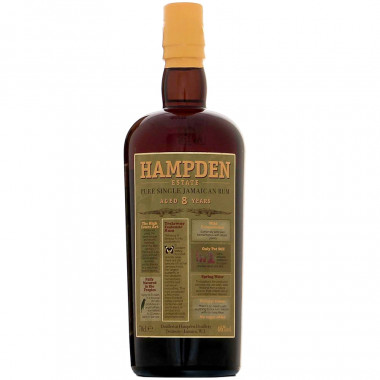 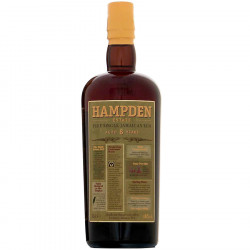 After 265 years of production dedicated to confidential bottling, the Hampden distillery launches in 2018 its own aged rums. With an extraordinary aromatic richness, Hampden's Jamaican rums are also distinguished by an ancestral manufacturing process and an integral maturation in the tropics.

Throughout the production of his rum, Hampden uses spring water from the Cockpit Valley. Very rich in microbiological flora, it plays a major role during fermentation. Hampden does not add any yeast during the fermentation which occurs naturally for more than seven days in open wood vats.

Since its inception, Hampden has opted for a pot still distillation. This rum is part of the very closed circle of Pure Single Rums. The four pot stills allow the distillery to produce Heavy Rum, which is very rich in esters, as well as Light Rum.

Hampden rum at 46% is the worthy heir of Jamaican StinkingRums and offers a tasty mix of ripe fruit and spice. Affirming an authentic and natural character, Hampden contains no sugar or colouring and thus preserves the authenticity of its product, it is the proud representative of Pure Single Jamaican Rums!
Read more
Fold back text
Features

Hampden rums are distinguished by an ancestral manufacturing process and maturation under the Jamaican sun, developing an extraordinary aromatic richness.