Sales up to 50% off. 2nd markdown : extra 10% off on textile items already on sale! Discover >
Our CellarWhisky Whisky by countryScotlandSpeysideGlendronach Traditionally Peated 70cl 48° 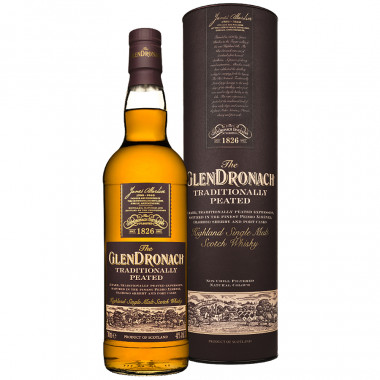 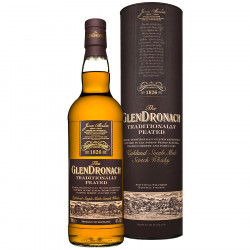 Glendronach Traditionally Peated stands out from other whiskies of the distillery by using malted and peated barley.

The principles of production are "old-fashioned", the same as two hundred years ago, the most important being to burn peat in the stove at the end of the barley malting process.

The subtle peated notes of this intriguing expression blend in with the fruity character of Glendronach and the rich notes of Sherry obtained by ripening.

This Single Malt presents a new style for a finer approach of the peated whiskies of Speyside.

Finish: a unique fruited mix with a sweet smoked peat.