Our online store is open for your orders. Learn more about delivery >
Our CellarWhisky Whisky by countryUnited-StatesTennesseeJack Daniel's n°27 Gold 70cl 40° 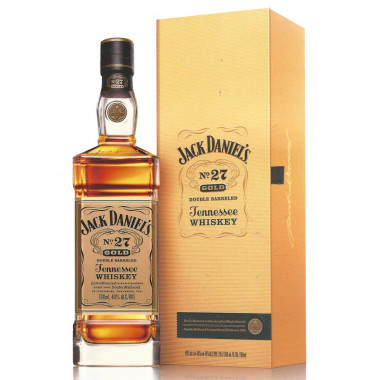 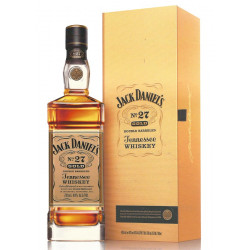 A reworked expression of Jack Daniel's n°7, Gold n°27 is a luxury version of the famous Tennesse whiskey, with a very slick finish.

Gold n°27 is a delicately reworked version of Jack Daniel's n°7, crafted by Master Distiller Jeff Arnett. The filtration and maturation process of Gold n°27 make it a luxury version of the famous American whiskey.

Gold n°27 has been double-filtered through maple wood charcoal, and matured in American white oak and maple wood casks. This expression is a must of great finess and unparalleled roundness.