Sales up to 50% off. 2nd markdown : extra 10% off on textile items already on sale! Discover >
Our CellarWhisky Whisky by countryUnited-StatesJack Daniel's Gentleman Jack 70cl 40° 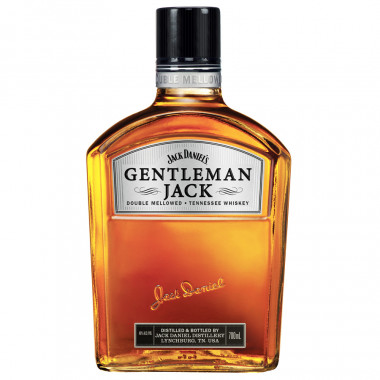 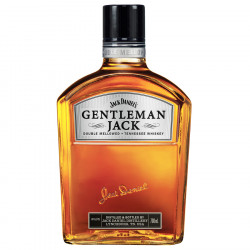 Gentleman Jack is a must of Jack Daniel's distillery: it is a Tennessee whiskey, unlike Bourbon whiskey which comes from Kentucky.

Gentleman Jack is extremely soft and mellow as it is the only whiskey which has been double-filtered through maple wood: firstly before being transferred to the cask and, for Gentleman Jack only, filtered a second time when fully mature, right before the bottling.

At the time, Jack Daniel tried to double-filter its first whiskey himself, but available techniques did not allow for a successful product. His successors picked up on the idea and created Gentleman Jack in 1988. This last one completes the Tennessee Whiskeys range.

Gentleman Jack is full-bodied, with rich notes of fruits and spices, and a subtle, silky, warm and pleasant finish. Be proud when sipping Gentleman Jack, as it is the whiskey of a gentleman.

Its aromatic profile lends itself perfectly to mixology but it can also be enjoyed dry or over ice.

Nose: ethereal, with characteristic notes of charred wood, hallmark of Jack Daniel's. Slightly peaty due to corn, barley and rye.

Palate: mellow and oily with a rich flavour, dry on the first hit and developing onto sweet notes of liquorice brought by the double-filtration process.

Finish: of medium-length, evolves onto liquorice and roasted notes.