Sales up to 50% off. 2nd markdown : extra 10% off on textile items already on sale! Discover >
Our CellarArchivesTomatin Legacy 70cl 43° 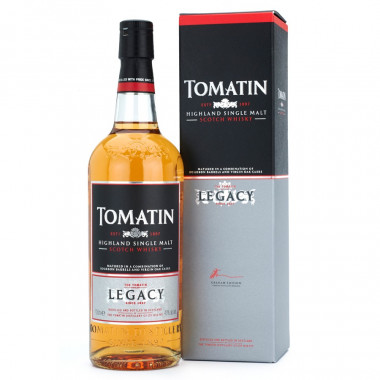 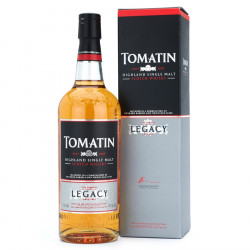 Tomatin Legacy is a light, delicate whisky, true to the traditional style of the distillery.

Tomatin Legacy is a light, delicate whisky, true to the traditional style of the distillery. it has been refined in Bourbon barrels but also, unusually, with first fill oak caks, bringing a complete, new dimension to this delicate, appealing Single Malt.

This bottling pays a tribute to the history of the distillery and eponymous town.