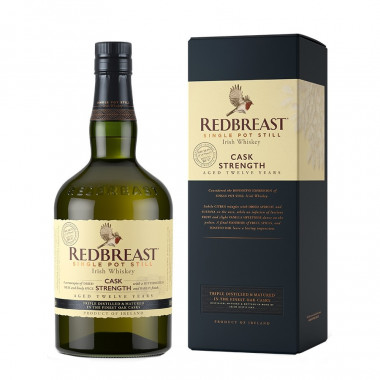 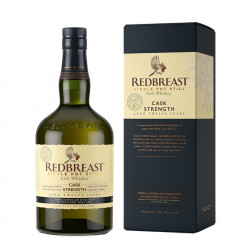 Unreduced version of the Redbreast 12 years old, this Single Pot Still cask brut explores all the aromatic power of the Irish distillery.

After a triple distillation from malted and malted barley, this expression is matured in ex Oloroso Sherry casks and ex Bourbon casks before being bottled without chill-filtration.

The focus is on the aromatic power of Redbreast through notes of exotic fruits, spices and malted barley.

Nose: marked by fruity notes of exotic fruits, apricots and figs before evolving into toasted oak and spices.

Palate: sweet, with a rich bouquet of spices, the fruits intensify with a touch of vanilla.

Finish: long and complex. Fruits and spices finish the tasting with a final note of malted barley.