Sales up to 50% off. 2nd markdown : extra 10% off on textile items already on sale! Discover >
Our CellarWhisky Whisky by countryJapanHyōgo PrefectureAkashi Meïsei 50cl 40° 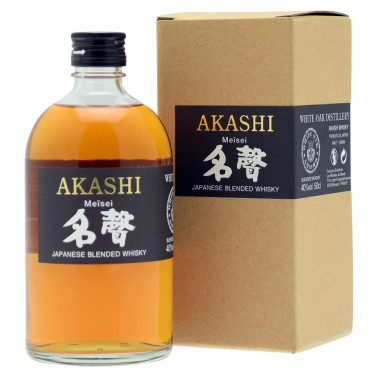 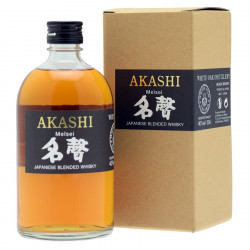 A French exclusivity, Akashi Meïsei, translating as "Fame", is a combination of Single Malt and grain whiskies.

Akashi Meïsei translating as "Fame", is a combination of Single Malt and grain whiskies, produced by the White Oak distillery.

Developing whiskies of great richness, the White Oak distillery is the oldest in Japan and opened in 1919. Located on Honshu island, off Kobe, the distillery is owned by the Eigashima company, one of the oldest Sake producers in Japan.

Aged in American oak casks, Akashi Meïsei is a combination of great quality, with 45% of malted barley and develops woody and spicy vanilla notes.

Nose: of great richness, with a remarkable depth and oaky vanilla notes.

Palate: tongue-coating, round, with lovely sweet spices and a woody backdrop.