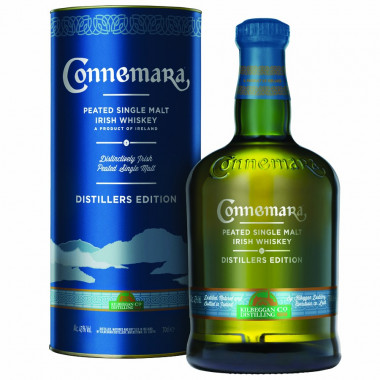 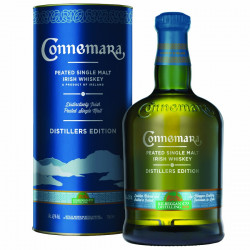 Connemara launched Distillers Edition, a limited series of unique peated Irish whiskeys, aged in Bourbon barrels and Sherry casks at 43° ABV. As a tribute to the success met by this Single Malt all over France, this special limited edition is an exclusivity of the French market.

Palate: a mellow attack that grows in intensity. The peat tongue-coating powers develop into notes of yellow-fleshed fruits (peach and apricot), and spices (black pepper, ginger) that gives it a bit of a kick. The overall is well balanced and harmonious.

Finish: a finale lingering on the luscious and impressive presence of the smoke.