Sales up to 50% off. 2nd markdown : extra 10% off on textile items already on sale! Discover >
Our CellarWhisky Whisky by countryJapanAkashi 6 Years Old White Wine 50cl 50° 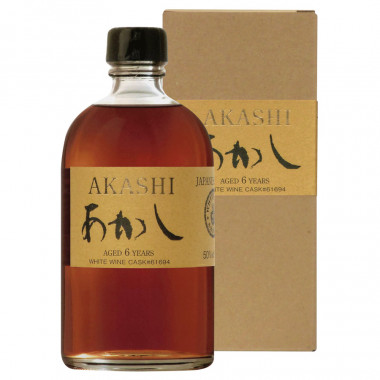 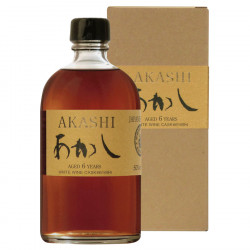 This 6 year old Japanese whisky is a Single Malt from White Oak Distillery. To obtain a result with floral and citrus notes, the whisky has been aged for 5 years in Cognac barrels and then received a 10-month finish in first-fill white wine barrels.

It will go very well with salmon sashimi.

Neither coloured nor chill-filtered.

Nose: floral and fruity aromas. Notes of jasmine and heather.

Palate: well rounded. The fruitiness continues with notes of citrus, while woody and vegetal tones of fresh grass develop.