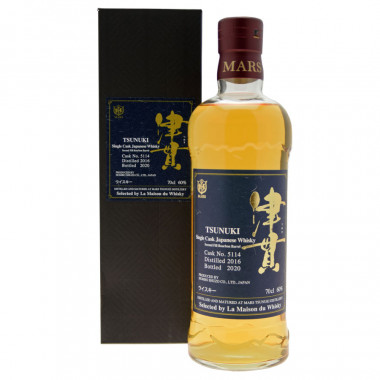 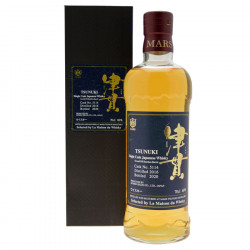 This Single Cask was distilled in 2016 and aged for 4 years in Bourbon barrels in the Mars Tsunuki distillery.

The Mars Tsunuki distillery offers a Single Cask distilled in 2016, it is a whiskey that has aged in second-fill Bourbon barrels for 4 years, giving it a lively and smooth profile.

Palate: powerful and spicy (star anise) evolving towards spicy and medicinal notes (camphor) which are coated with vanilla and honey (acacia) aromas.

The finish: gourmet, the retro-olfaction is marked by notes of praline and iced chestnut.