Sales up to 50% off. 2nd markdown : extra 10% off on textile items already on sale! Discover >
Our CellarWhisky Whisky by countryUnited-StatesKentuckyMichter's US 1 Bourbon 70cl 45.7° 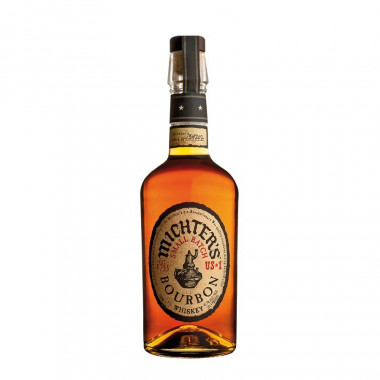 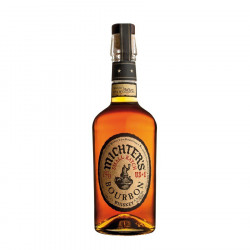 A Small Batch Bourbon from the American distillery Michter’s that offers an elegant woody, fruity and spicy profile.

Michter's was the first distillery to set up in the United States in 1753 but its production experienced many ups and downs, especially following its closure during Prohibition in 1919. It was only in the 90s that Michter's relaunched production.

Michter’s US 1 Small Batch is a gourmet and long Bourbon, born from the blend of 24 carefully selected barrels at the Michter’s Distillery in Louisville, Kentucky.

This elegant and rich Small Batch Bourbon is very fruity and brings a nice woody and spicy warmth, with a hint of vanilla.

Michter's is the first distillery to be established in the United States in 1753. It has known many names and experienced exciting adventures.

Originally known as Shenk's and later as Bomberger's, the whiskey company that eventually came to be known as Michter's was founded by John Shenk, a Swiss Mennonite farmer, in Schaefferstown, Pennsylvania in 1753. At his In the early days, Shenk's produced whiskey from rye grains, advocating the local harvest in the Pennsylvania Blue Mountain Valley where the distillery was located.

According to Pennsylvania History, commemorated by the Lebanon Valley Coin Club in 1978, this rye whiskey was so popular that when the War of Independence broke out in 1775, General George Washington visited the distillery. He then bought whiskey there to fortify his men as they languished in their camp during a long, harsh winter in Valley Forge. More than 200 years later, the team of the distillery recalls that Michter's is "the whiskey that warmed the American revolution".

In the mid-1800s, the Dutchman from Pennsylvania Abraham Bomberger bought the distillery that was then called Bomberger's for many decades.

The passage of Prohibition in 1919 forced the distillery to close its doors to the public. Although reopened after the repeal of Prohibition, it changed hands several times over the following decades while frequently remaining in dire financial straits.

During the 1950s, Lou Forman, one of the owners of the distillery at the time, created the modern brand name Michter's by combining parts of the names of his sons - Michael and Peter.

In 1989, when the entire American whiskey industry suffered from a downturn in consumption, Michter's owners declared bankruptcy and abandoned the premises, leaving operations in Pennsylvania in disrepair and Michter's name lost in the history.

Restoring a Legend: Honoring Michter's Legacy with a Resurgence in Kentucky.

In the 1990s, Joseph J. Magliocco and his consultant and mentor Richard "Dick" Newman teamed up to resuscitate Michter's. Magliocco, was familiar with the Michter's brand through his college days where he was a consumer, bartender and whiskey seller.

Newman, meanwhile, had continued his service in the United States Marine Corps before an illustrious career in the whiskey business, including leading Old Grand-Dad, Old Crow and Old Taylor for National Distillers before becoming president and CEO. by Austin Nichols, the distillery of Wild Turkey.

Magliocco and Newman started with a simple strategy: to honor Michter's legacy by producing the best whiskey possible. After registering the unused and abandoned Michter's brand, they make their first major strategic decision: to resurrect Michter's in Kentucky, at the heart of the modern American whiskey industry, to ensure access to the best talent and resources available.

Today Michter's has three locations in Kentucky - a 78,000 square foot distillery in the Shively section of Louisville, the architecturally significant Fort Nelson Building on Louisville's Museum Row, and 145 acres of farmland in Springfield.

The distillery produces a Bourbon whiskey with a rich and unique character.

Nose: Elegant, oaky with notes of vanilla and caramel, accompanied by orchard fruits (apples, apricots) and a touch of citrus.

Finish: delicate, borne on the ripe fruits of the woods and a woody reminder.