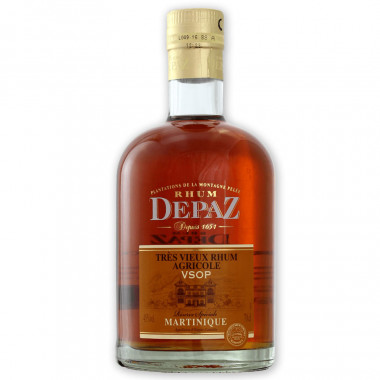 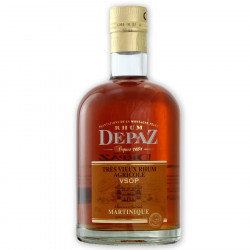 An exceptional rum from the Martinique distillery Depaz with its VSOP Special Reserve rum which has a finesse equal to the quality of the local know-how.

It stands out thanks to the great richness of its natural environment, cane sugars being harvested at the foot of Mount Pelee.

This rum, at least 6 years old, has a great finesse and develops warm and sweet aromas.

Nose: complex and rich with warm and woody aromas of chocolate, vanilla, prunes and tobacco.

Palate: round, the palate pleasantly resumes the rich flavours of the nose.

Gold medal at the Concours Général Agricole in Paris in 2009 and 2012.