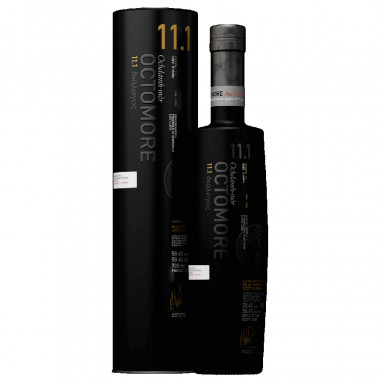 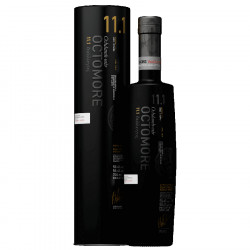 Limited edition of 840 bottles in France, the latest Octomore 11.1 version presents itself as one of the most peaty whiskeys in the world.

The new version of Octomore 11.1 was distilled in 2014 from a barley harvested in 2013, the latter is 100% Scottish with concerto and propino varieties. Indeed, the distillery has chosen to highlight the Scottish terroir.

It has aged for 5 years in American 1st fill barrels and it is bottled at the distillery with Islay spring water. This Single Malt is unfiltered and there is no added colouring.

It has a gourmet aromatic profile with notes of pepper and exotic fruits.

This Octomore is one of the most peated whiskies in the world with 139.6 PPM* and it is distributed in very limited edition in the world, only 840 numbered bottles are destined for France.

* PPM - parts per million - of phenolic compounds, measures the impact of oily smoke from peat that settles on germinated barley as it dries. The longer this time, the greater the value of ppm.