Our CellarWhisky Whisky by countryScotlandSpeysideBalvenie 14 ans Week of Peat 70cl 48.3° 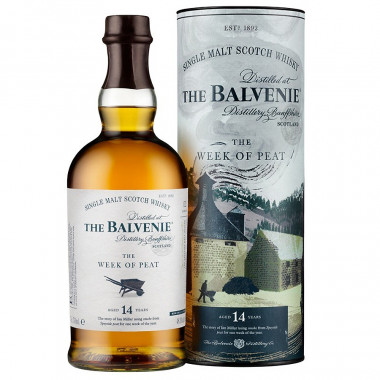 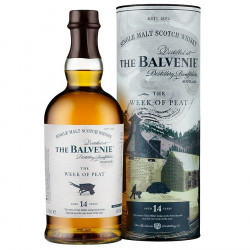 The Balvenie 14 years old is an edition that is aged in American oak casks and is made from 100% peat barley. An originality for the whisky of the distillery.

Once a year, the stills of the distillery must be cleaned. A week before this great cleanup, The Balvenie craftsmen take the opportunity to distill peat barley in order to produce a whisky of a different style from the basic Balvenie whisky. That week is called Peat Week.

This Single Malt is exceptional because it is one of the first Balvenie whiskies to be made from 100% peat barley. It has aged exclusively in American oak barrels for 14 years which gives it roundness and softness with a perfect balance between smoky notes of peat and those of vanilla and honey.

According to David Stewart, Cellar Master Balvenie for over 50 years: "The Balvenie Week of Peat is the result of our ongoing efforts to innovate and test aromas that are not typically associated with The Balvenie. "

Our CellarWhisky Whisky by countryScotlandSpeysideBalvenie 14 ans Week of Peat 70cl 48.3°