Sales up to 50% off. 2nd markdown : extra 10% off on textile items already on sale! Discover >
Our CellarWhisky Whisky by countryScotlandSpeysideMacallan Rare Cask 2022 Release 70cl 43° 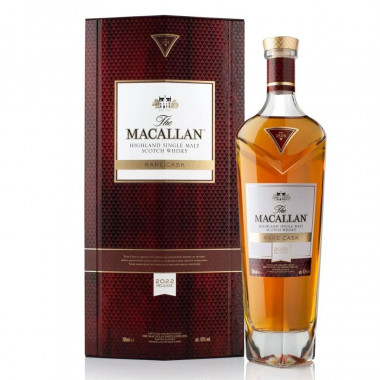 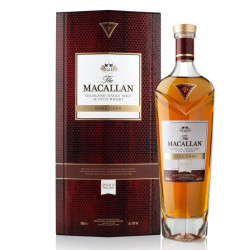 Macallan Rare Cask displays an intense note of raisin, combined with a rich and velvety palate to deliver a highly sensory whisky experience.

Macallan unveils its Rare Cask 2022 edition. Aged from fine and rare oak barrels, previously worked with Sherry, this Single Malt perfectly sums up all the know-how, passion and creativity of Macallan to produce extraordinary whiskies.

Each cask has been selected for its distinctive and complex flavour profile by the distillery's cellar master and assembled to exacting specifications to create this Rare Cask.

This luxurious expression brings out the magic and science in the complex process of making The Macallan whisky.

Sweet aromas of vanilla with rich notes of raisins develop the olfactory journey of this whisky, followed by a mild development of fresh apple, lemon and orange. Intense flavours of raisins dominate the palate, before giving way to vanilla and dark chocolate, with light citrus zest. The finish is long, rich and velvety to provide a whisky experience that will leave a lasting impression.

Nose: soft notes of vanilla with rich raisin, followed by a sweet fusion of fresh apple, lemon and orange.

Palate: an intense sweet raisin dominates before giving way to vanilla and dark chocolate, with layers of light citrus zest.