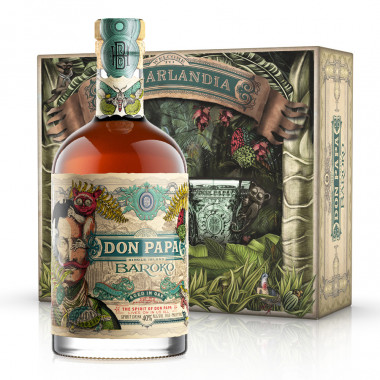 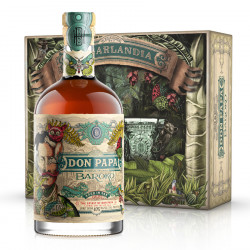 Don Papa Baroko spiced spirit can be enjoyed with the tarsier glass included in this Sugarlandia box.

On the occasion of the end of the year celebrations, Don Papa offers us a Sugarlandia box which includes Baroko arranged spirit and a personalized tasting glass with a tarsier, one of the smallest primates in the world, specially designed and adapted for the rum tasting.

Baroko, which means "exuberant" in the local language of the Philippines, is the result of a blend of old rums distilled from molasses and aging in American oak barrels. This edition develops a beautiful amber color, a heady nose of vanilla and notes of candied fruit.

As for the glass, it symbolizes the lush flora and exotic fauna of the island of Negros where Don Papa rum is produced, also called Sugarlandia.