Sales up to 50% off. 2nd markdown : extra 10% off on textile items already on sale! Discover >
Our CellarWhisky Whisky by countryIrelandThe unmissable Irish whiskeysTyrconnell Single Malt 70cl 43° 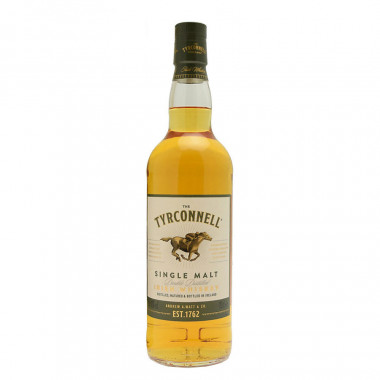 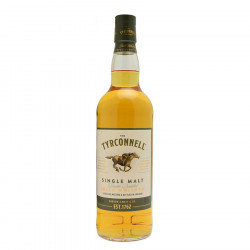 Tyrconnell is a historic brand of whiskey created by Andrew Watt distillery, established in 1762.

Initially, Andrew Watt was a horse breeder. Against all expectations, his horse Tyre O'Connells won a prestigious race and Andrew Watt suddenly became a millionnaire. The first whiskey ever distilled in his copper stills has been named after the winner: Tyrconnell. Very popular in the US in the early 20th century, Tyrconnell whiskey took a hard hit with the prohiibition in 1919.

The past few years saw Tyrconnell's renewal, as it truly epitomizes Irish originality and independant spirit. Distilled in small swan-neck stills, this whiskey has a sweet and soft nose where vanilla mingles with muscat in a perfect balance. this whiskey is more sophisticated than his Irish siblings, due to its rich and sweet malty flavours.

Tyrconnell is a combination of Pure Pot Still whiskeys aged 5 to 8 years in Bourbon barrels.

Palate: well structured with honeyed notes of citrus (orange and lemon), and a malty presence for a balanced overall.

Finish: supple, over an honeyed lingering finale where the malt dominates.

We suggest you serve Tyrconnell neat in a glass, or with a finger of water to make the aromas burst out of your glass.