Our stores remain open during confinement! I discover the measures >
Our CellarRum CellarTypes of rumWhite RumPère Labat White Rum 70cl 59° 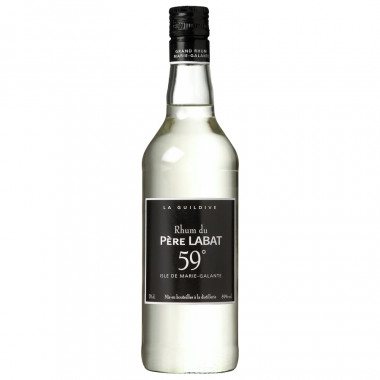 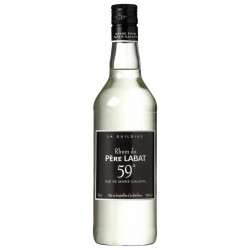 One of the best white agricultural rums, Père Labat 59 ° is a reference for rum lovers. It is ideal for making cocktails.

This white rum is produced on the island of Marie-Galante in the south of Guadeloupe, it is considered as one of the best tasting rums for the white rum amateurs.

It pays tribute to the reverend Father Labat, pioneer in the 17th century in the development of rum in the archipelago of Guadeloupe.

Derived from traditional distillation methods, it is made from pure cane juice. Père Labat is an agricultural rum with a high degree of alcohol (59°).

It reveals rich and fragrant notes on the nose and concentrated in the mouth, it is an exuberant, intense and vegetal rum.

It is ideal for making cocktails or Ti Punch.

Palate: sweet and intense with notes of white fruits.