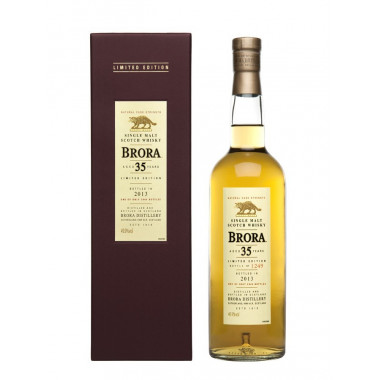 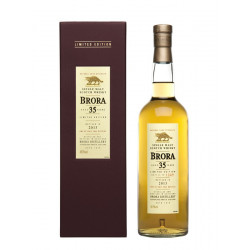 Single Malt of the Highlands, Brora 35 Years Old is a generous, traditional whisky that will not disappoint Brora enthusiasts.

A Single Malt of the Highlands. A classical Brora: summiting in utter smoothness, a coating, smoky, generous malt, that deserves a thorough tasting. A traditional whisky, remarkable and comforting, that will not disappoint Brora enthusiasts.

Discover the Brora distillery from the Highlands!

The founder of the Brora distillery (formerly called Clynelish) was the Marquis of Stafford, a formidable and inspired businessman. He make his barley stocks profitable, his opened a distillery and starts selling whisky in 1824. The distillery is bought in 1896 by the James Ainslie & Co group that resells some of its share to the DLC (Distillers Company Ltd) in 1912. In 1967, a semi-detached distillery  called Clynelish is built. The old distillery is closed and reopened in 1975 under the Brora name, and definitely closed in 1983. Brora used to produced the most peated Single Malt of the Highlands, and was nicknamed by some aficionados the “Lagavulin of the North”.