Sales | Up to 50% off! >
Our CellarWhisky Whisky by countryScotlandHighlandsMac Na Mara 70cl 40° 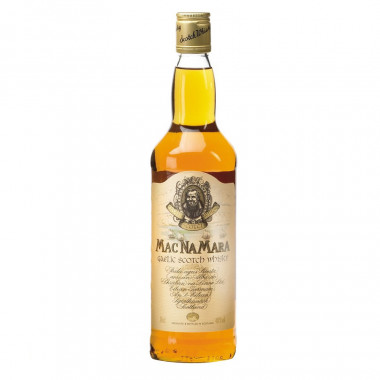 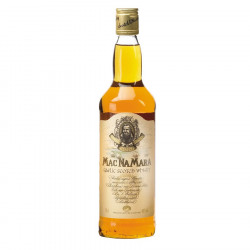 The famous Gaelic whisky which name means "the sea child".

Mac Na Mara is a Gaelic whisky, which name means "the sea child".

Gaelic whiskies have been created for the Celtic-speaking communities of the Scottish Atlantic coast. They embody the bond that Sir Ian Noble, a gentleman farmer, developed towards Gaelic traditions and lands where Celtic culture and customs are still very vibrant. Its production is the most renowned of independent "whisky owners".

Mac Na Mara is a blend aged 5 to 7 years and quite creative for a standard whisky. It is a powerful whisky with a strong Gaelic style due to its high content of malt with distinctive iodine and slightly peaty nose.

Gaelic whisky Mac Na Mara is known for its legendary regional character, such as "Te Bheag" and "Poit Dhubh".

Mac Na Mara has been created by a gentleman-farmer, Sir Ian Noble of the Isle of Skye, off the West Coast of Scotland. Sir Ian Noble, aristocrat and advocate of the Celtic culture of his country, is deeply attached to the old traditions of the Gaelic communities. He created Mac Na Mara specifically for his fellow countrymen.

As such, Mac Na Mara is a name known not only on the Isle of Skye, but also on other Gaelic-speaking countries and further, as in Nova Scotia. Sir Ian Noble, so as to maintain the authenticity and heritage of his whisky always refused to distil and sell his whisky to South English-speakers.

Colour: brown spirit with an amber glow and green and golden hues. Shimmering and fair, with an oily aspect in the glass.

Nose: good intensity with heather, leather, pepper, vanilla and aromas of fresh earth. A beautiful complexity of the nose that gives it a masculine touch.

Palate: full-bodied and supple with flavours of dried fruits and caramel.

Finish: a marked return of the spices and heather, amazingly long with beautiful notes coming back to the nose.