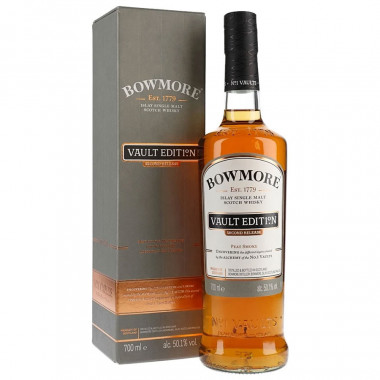 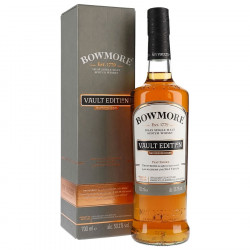 The second whisky in the Bowmore Vault Edition series showcases the smoky character of the distillery.

The second whisky in the Bowmore Vault Edition series showcases the smoky character of the distillery and the balance between sea salt and sweet fruit flavours.

The Vault Edition range was launched in 2016 with the desire to present 4 Single Malts each with one of the major characteristics of the distillery.

Nose: aromas of peat, ash, caramel, leather and sea salt mingle with herbal notes of thyme, rosemary and mint on the nose.