Sales up to 50% off. 2nd markdown : extra 10% off on textile items already on sale! Discover >
Our CellarWhisky Whisky by countryJapanAkashi 5 Years Old Red Wine Cask 50cl 50° 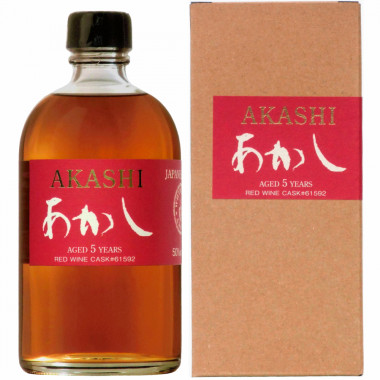 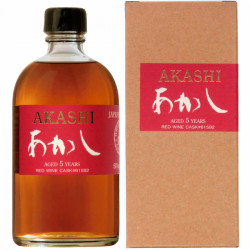 Akashi 5 Years Old Red Wine Cask whisky is a limited edition of the White Oak distillery aged in barrels of Cognac and French red wine with a rich and generous character.

From the reserves of the distillery, this rarity has benefited from aging in barrels of Cognac for four and a half years before being finally refined in casks of red wine. The Japanese Single Malt was then bottled raw at 50 ° without cold filtration and without colouring.

Nose: it is greedy with notes of nectarine, white flowers, brown sugar and raspberry.

Palate: intense with aromas borrowed from red wine, wood, red fruits that blend with the rich and subtle distillery style.

Final: it is generous and ends smoothly.