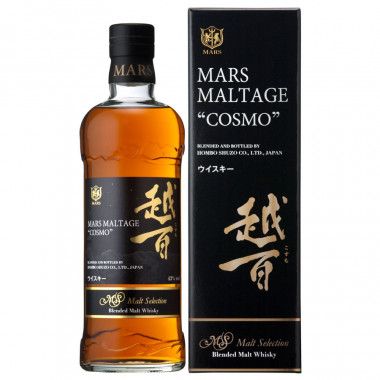 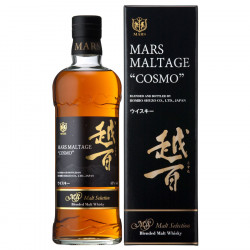 Mars Cosmo is a Blended Malt made from Mars Single Malts as well as Scottish Single Malts.

Mars Cosmo is a Blended Malt made from Mars Single Malts as well as Scottish Single Malts.

Cosmo refers to the iconic Japanese mountain near the Mars Shinshu Distillery.

This fiery Blended Malt is rich in aromas, spicy and carried by fruity notes.

Aromatic profile: fine and heady with notes of red and black fruits and freshly cut grass.

Nose: fine and lively with notes of brandy cherry and William pear, then becomes smooth and malty afterwards.