Sales up to 50% off. 2nd markdown : extra 10% off on textile items already on sale! Discover >
Our CellarWhisky Whisky by countryScotlandThe Story Of The Spaniard Compass Box 70cl 43°

The Story Of The Spaniard Compass Box 70cl 43° 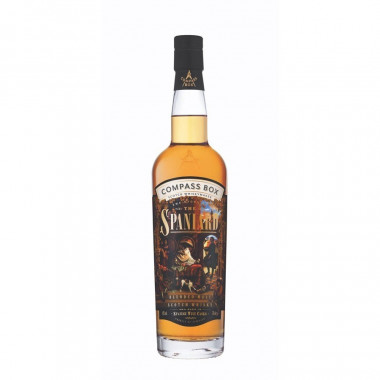 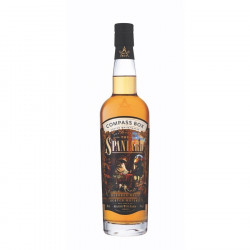 The Story Of The Spaniard Compass Box 70cl 43°

The latest creation of the Compass Box master blender, John Glaser. A blended malt made up of six different whiskies of which 48% have matured in Sherry casks.

The Story of the Spaniard is the latest creation of the Compass Box master blender, John Glaser.

It is a blended malt made up of six different whiskies, almost half (48%) of which have matured in sherry casks.

It was during a trip to the south of Spain that John Glaser fell under the spell of Sherry wines. A few years later, he discovered the world of whisky and the influence of barrels in aging. It is quite natural that he created a whisky with strong Spanish influences.

Its aromas are rich and spicy, with notes of candied fruit, nuts and vanilla.
It is bottled at 43°, free from chill-filtration and colouring.

Nose: Rich with aromas of Bourbon vanilla and lemon zest.

Palate: Fruity with notes of candied cherries, cinnamon and pepper.

Finish: Long and spicy with notes of raisins and panna cotta.