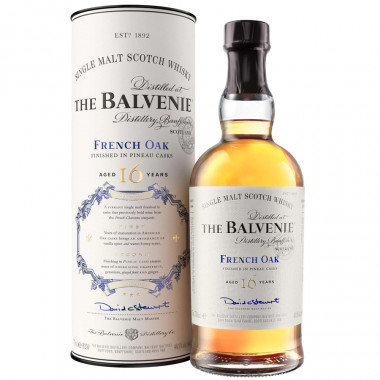 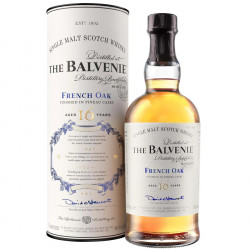 With this whisky paired with Pineau des Charentes, The Balvenie French Oak is the distillery's first edition to explore finishes from French vineyards.

With this edition The Balvenie French Oak, the distillery embarks for the first time on the exploration of barrels from French vineyards and offers a rich and complex whisky with a finish in cask that previously contained Pineau des Charentes.

Pineau des Charentes is a fortified wine, made from unfermented grape juice, to which a Cognac eau-de-vie is added, which is then left to age. Pineau can also be found as an artisanal product in the neighbouring departments of Deux-Sèvres and Vendée.

We owe the birth of this new Balvenie to Lorne Cousin, brand ambassador in the United States. He suggested cellar master David C. Stewart explore these casks after a trip to the region with his family, where he emotionally remembered discovering this apéritif.

Pineau is similar to Cognac in terms of production and flavour.

A Single Malt made in two stages:

1ʳᵉ stage: years of maturation in American oak barrels which bring an abundance of vanilla, spices and warm notes of holly.

Palate: the energizing zest of lemon peel and grapefruit meets the subtle and delicate sweetness of candied fruit and the spices of ginger root.