Sales up to 50% off. 2nd markdown : extra 10% off on textile items already on sale! Discover >
Our CellarWhisky Whisky by countryScotlandSpeysideMacallan 25 Years Old Sherry Oak 70cl 43° 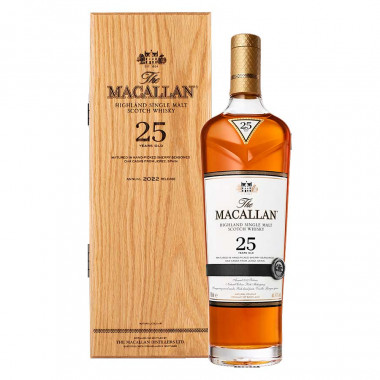 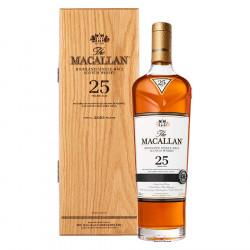 The Macallan 25 years old, a Single Malt with a rich character full of aromas of citrus, dried fruit and wood smoke.

The 25 Year Old Macallan is part of the distillery's Sherry Oak range. This range includes a series of Single Malts aged exclusively in old oak barrels from Jerez.

Taste: full-bodied and rich, with hints of dried fruits and a touch of wood smoke.