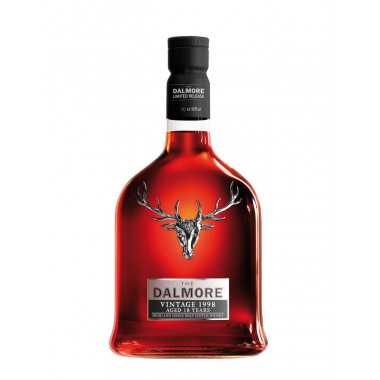 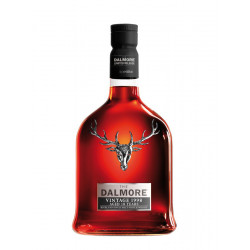 Dalmore Vintage 1998 comes from the trilogy of the Dalmore vintage collection refined in Porto casks.

Dalmore Vintage 1998 comes from the trilogy of the Dalmore vintage collection refined in Porto casks with the 1996 and 2001. They mark the special link between the distillery The Dalmore and the cellar master of the house W & J Graham's based in the Douro region of Portugal.

Richard Paterson, master distiller of The Dalmore had the chance to access these exceptional barrels that have contained a Port of great wealth for more than 30 years.

This Single Malt vintage 1998 has benefited from this maturation to develop notes marked by marmalade, honey bananas, molasses and grapes. It's a very beautiful expression.