Sorry, your thread has been archived, this is a new chat
Our CellarArchivesThe Irishman 17 Years Old 70cl 56° 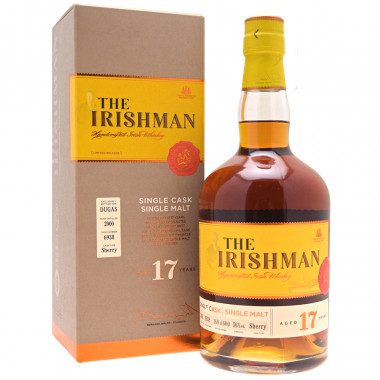 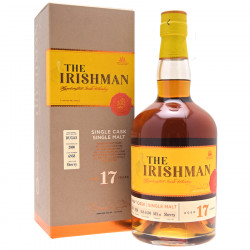 A strong cask strength Single Malt, aged for 17 years in sherry cask and bottled at only 600 bottles.

This Irishman is a warm single malt matured in a first fill Sherry cask for 17 years and bottling cask strength.

A limited edition of 600 bottles that shows a beautiful richness with the influence of sherry, fruits, chocolate and spices

Nose: fruity and sweet on notes of dried fruit, gains in strength and heat with notes of dark chocolate and some woody spices brought by the Sherry.

Finish: long and balanced, its heat is influenced by the maturation in Sherry casks.